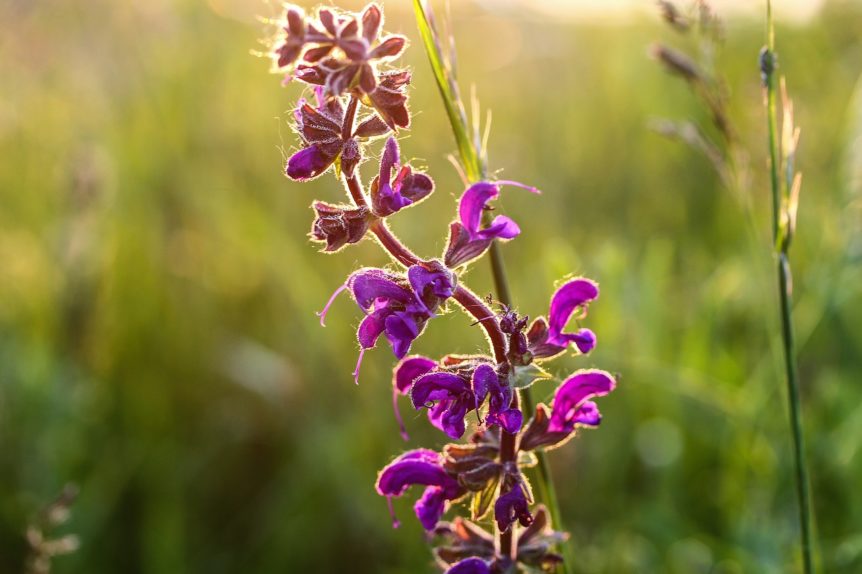 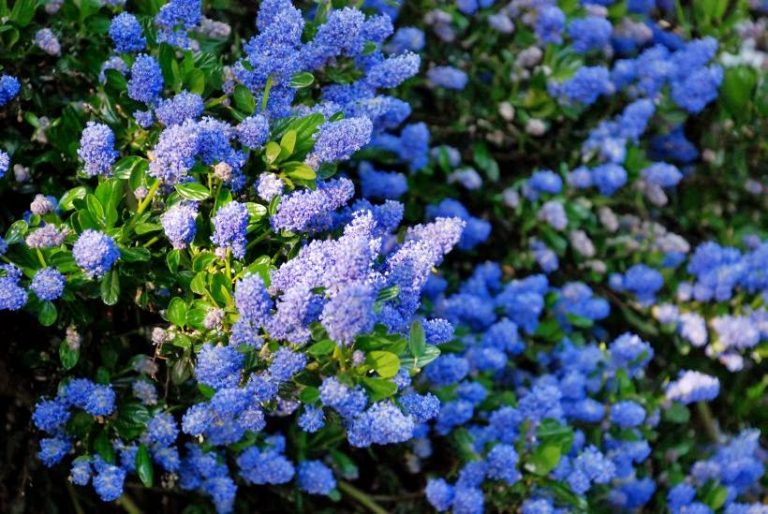 The California Lilac, or Ceanothus, is a brilliant flowering shrub native to western North America. This easy to care for plant blooms from late spring into early summer and comes in several different varieties. These varieties range from upright bushes reaching 8 or 9 feet to low growing groundcovers that only get 6 inches in height. Flower colors also range from a deep blue to white and everything in between. The California Lilac prefers well drained soil, full sun and is great at fixing nitrogen in the soil which makes it perfect for the home garden! 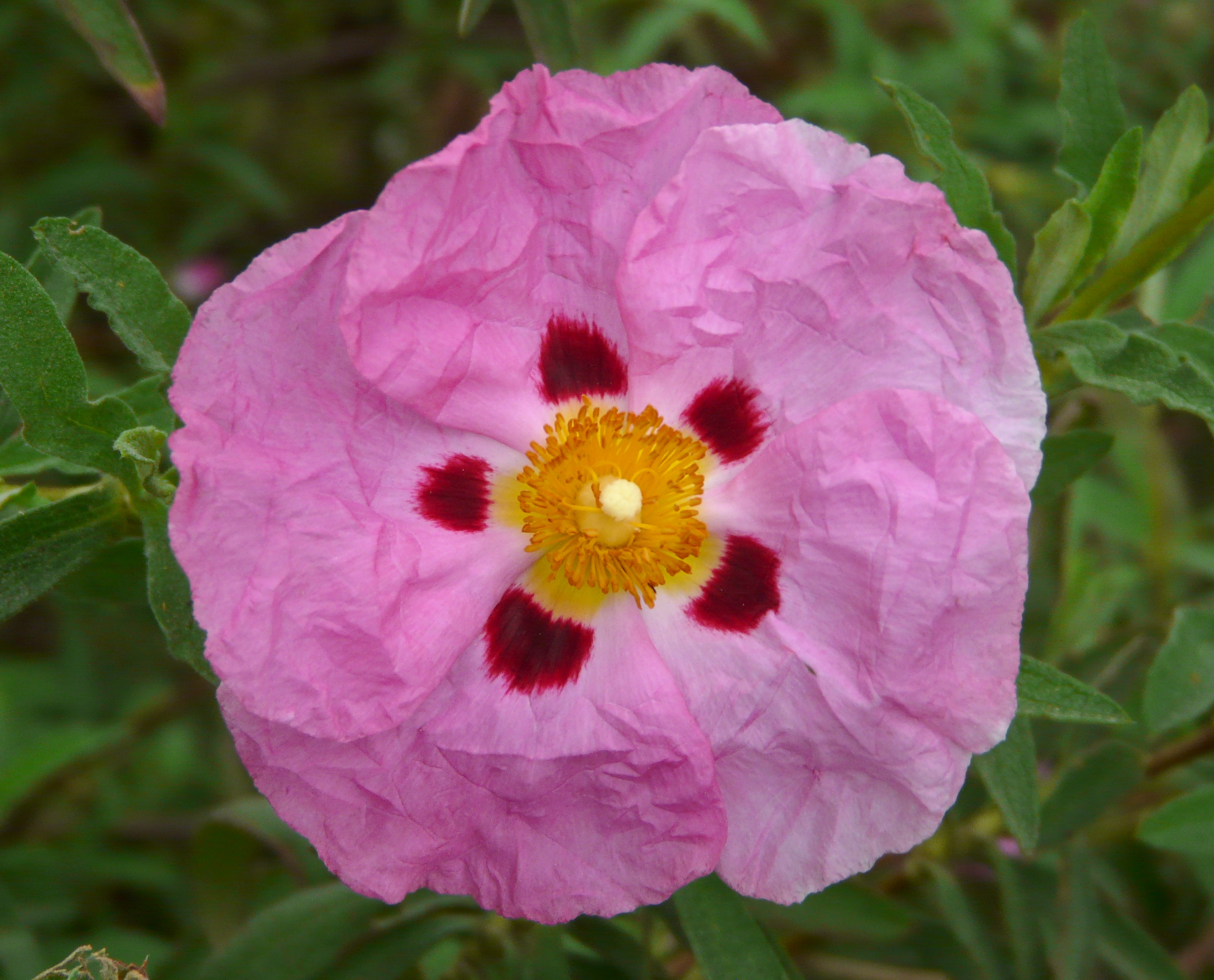 The Rock Rose (Pavonia lasiopetala), also known as the Rose Mallow, is a great perennial for the California garden because of its drought tolerance and long flower bloom time. It will grow between 3-6 feet tall and wide and prefers well-drained rocky soils. Herbaceous stems rise from a woody base with pink hibiscus-like flowers and velvety, scalloped leaves. The Rock Rose is an excellent choice for your landscape because it is able to survive the summer heat, it grows easily, and has beautiful flowers that attract hummingbirds and butterflies. 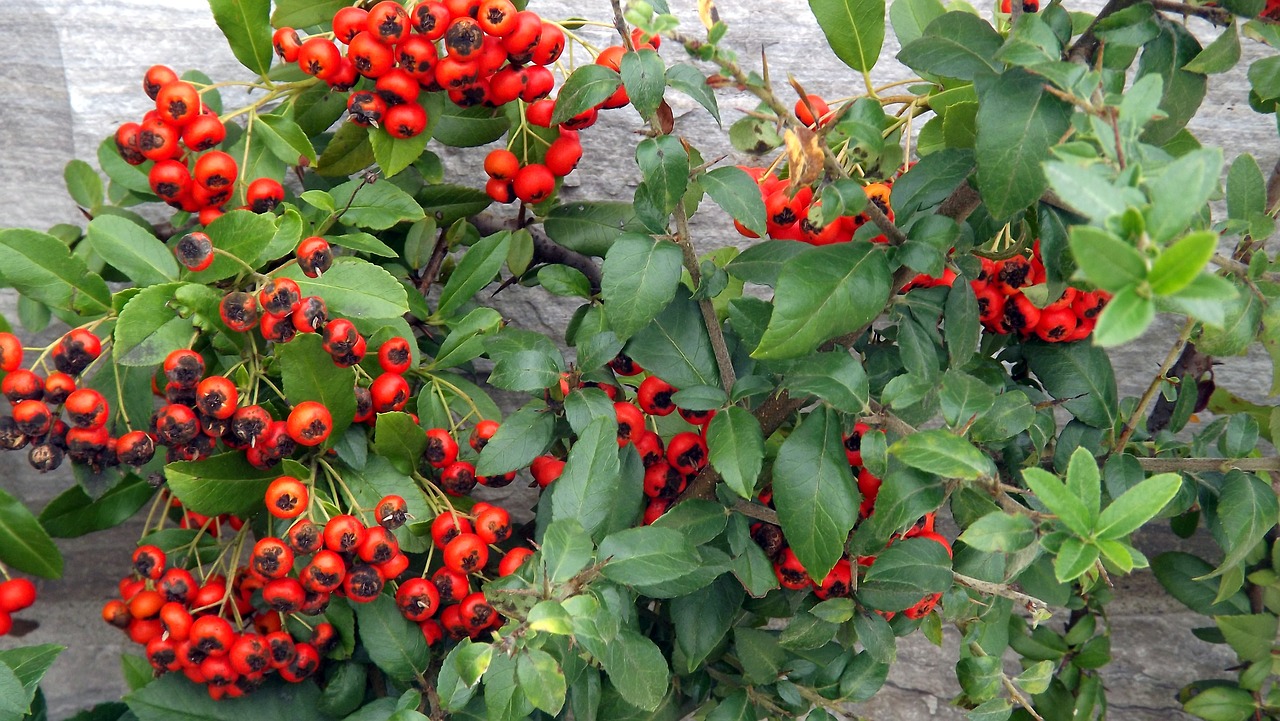 Cotoneaster is an attractive plant that is also extremely hardy. It can survive in tough conditions like drought, salt spray, infertile soil, strong winds, and variable pH soil levels. It comes in over 200 varieties ranging from a 6-inch ground cover to a 10-foot tall hedge plant. Though they vary in size, Cotoneasters will typically spread three times or more their height, have glossy leaves, and produce red or black fall and winter berries. To make it easy to care for be sure to plant it in the right spot. They need full sun or partial shade, well drained soils and a thick layer of mulch around them to keep the weeds out. 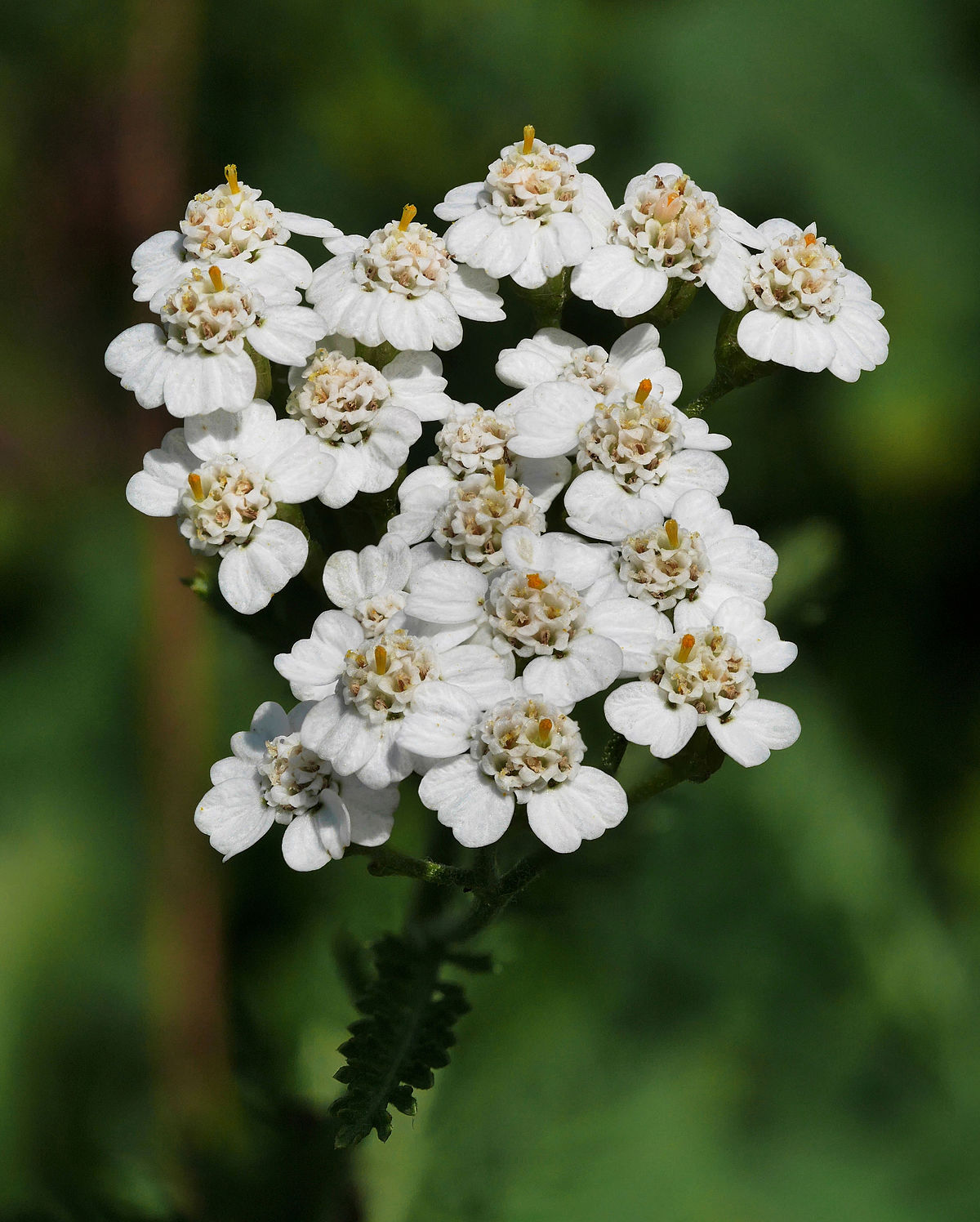 Yarrow, (Achillea sp.), is found all throughout North America and is an american garden classic. It grows to 3 feet tall with clustered flower heads at the top of the upwards shooting stems. The leaves are pinnately lobed and divided into smaller leaflets, giving them a delicate, fern-like, lacy appearance. Different varieties come in variable heights and flower colors. Yarrow blooms from late April to early July in the southern part of the country, and prefers sun to part-shade. It has a high drought tolerance but likes to be watered every once and a while. This great little plant has been used ornamentally and medicinally for years and will continue to be a staple in the California garden. 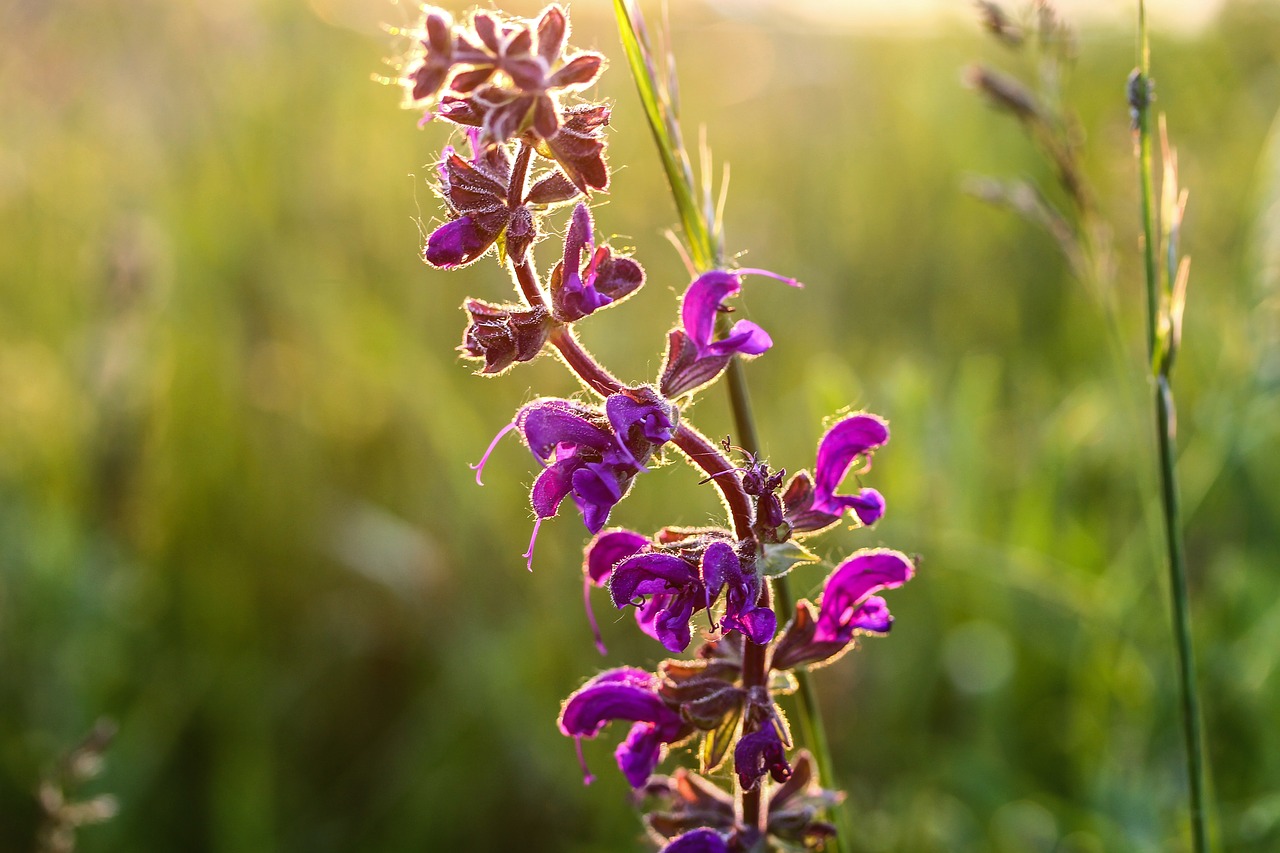 Salvia spathacea, or the Hummingbird Sage, is a Central and Southern California coastal native with a spreading habit and beautiful upright flowering stems. The sweetly scented flowers bloom from March to May with typically dark rose-lilac colored flowers. It prefers more shady conditions, so it thrives under the canopies of trees. It is drought-tolerant and grows 1-3 feet tall. It spreads by rhizomes and can create colonies up to 2 meters wide, so pruning is needed to keep it neat. As the name suggests the Hummingbird Sage is great for attracting hummingbirds, butterflies, and bees which makes it a perfect addition to the garden. 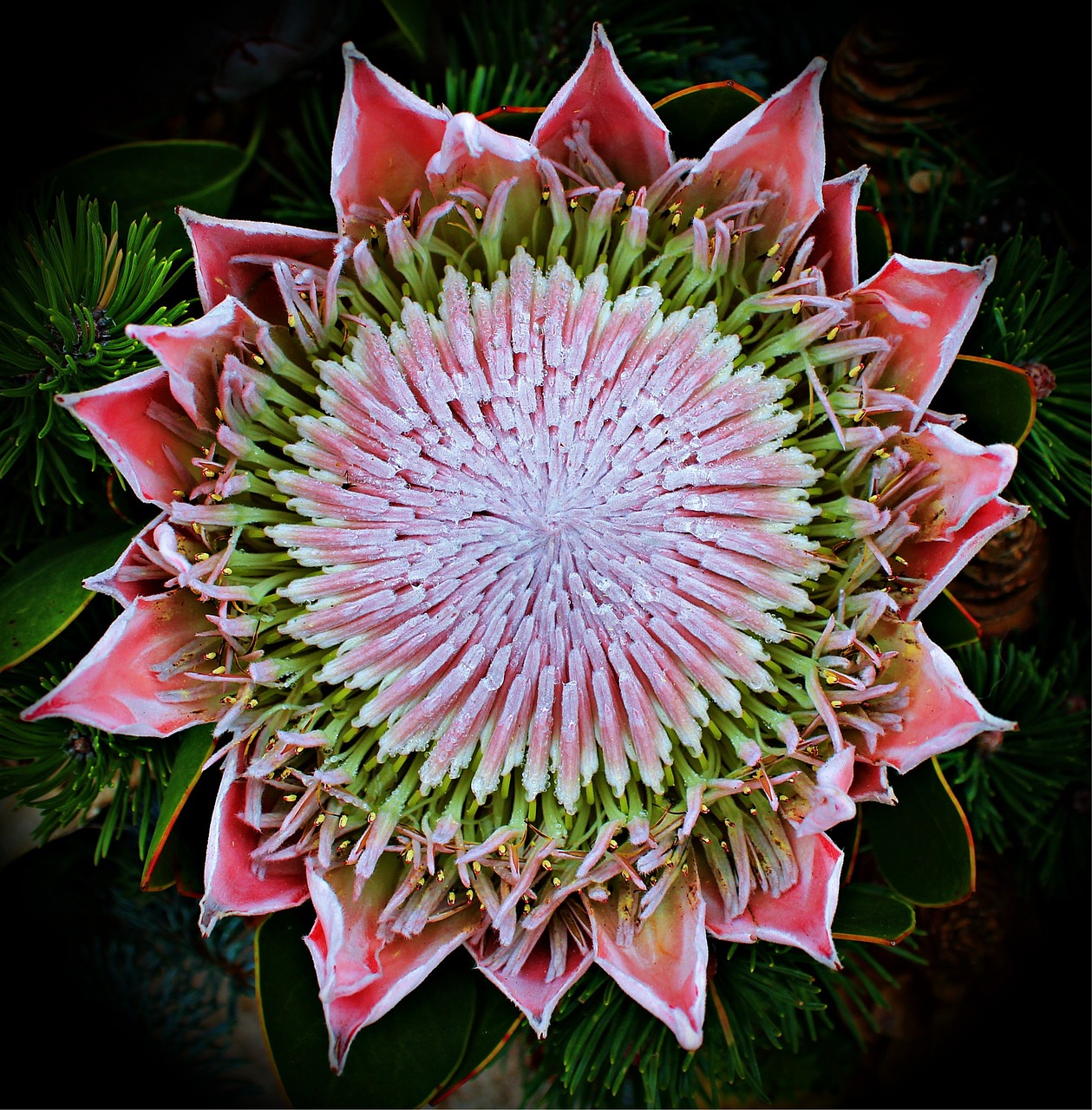 Protea is both the botanical and english name of a genus of South African native flowering plants. Also known as the sugarbush, the flower of this plant makes a world class cut flower for arrangements. It grows best in places with hot summers and wet winters and in a sheltered position with full sunlight. Different varieties have a multitude of flower shapes and colors as well as various sizes of the shrub which range from 4-8 feet tall. Protea prefers acidic soil, attracts insects and birds, and makes a unique and dramatic addition to the home garden. 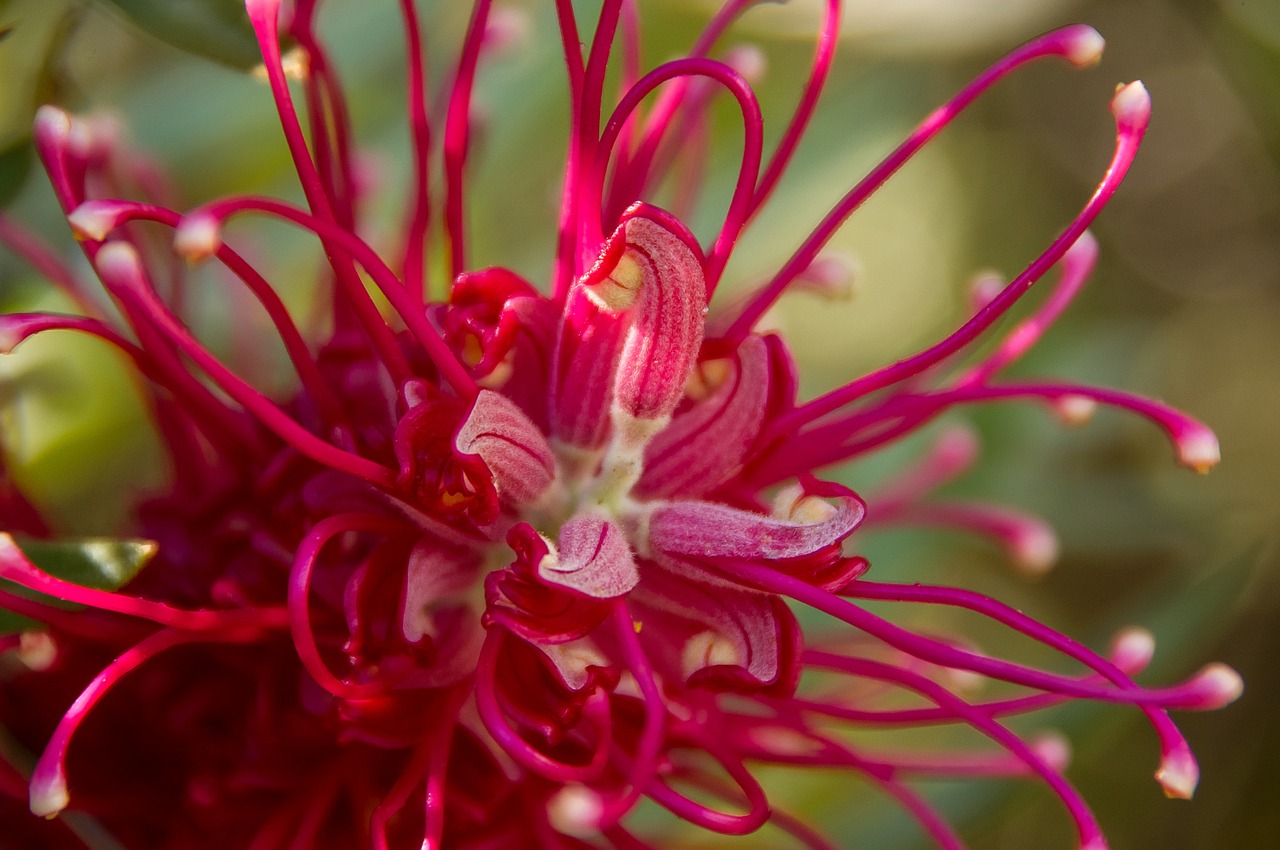 Grevillea, also known as the Spider Flower or the Silky Oak, is a fantastic plant for hedges, screens, or background plants. These evergreen shrubs and trees are extremely beautiful with needle-like or fern-like foliage and incredibly flamboyant flowers. Most varieties are very fast growing, tough, and low-maintenance. They can tolerate drought, heat and grow in well in poor soils as long as they are well-drained. This highly variable plant ranges from small shrubs to large trees and come in a wide range of flower colors, from white through pink, red, yellow to orange, and most bloom over a long period, even through the winter. Plant Grevillea in a sunny position and make sure the soil is low in phosphates to get a healthy specimen. 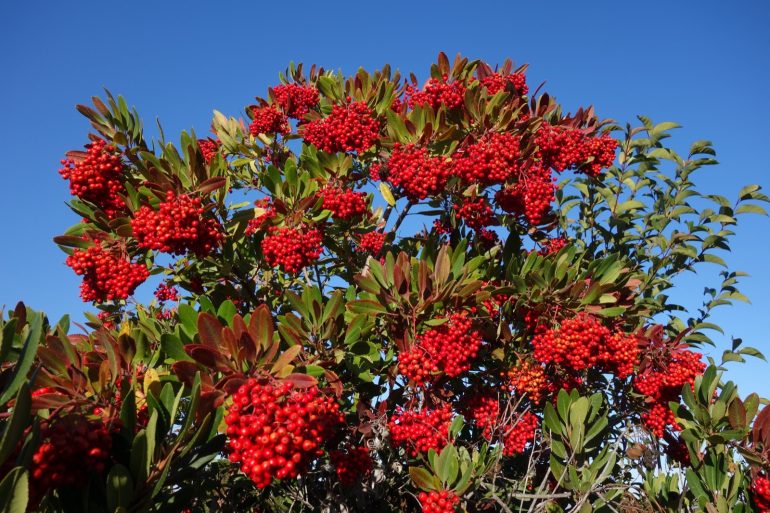 Toyon (Heteromeles arbutifolia) is a beautiful perennial evergreen shrub native throughout the western part of California. This drought-tolerant plant is also known by the common names Christmas berry and the California Holly. They often grow to about 8 feet tall but can get larger. They produce small white flowers in the spring and red berries in the fall that last throughout winter. They can thrive in a variety of soils and prefer sun to part-shade. Toyon also attracts a variety of wildlife from birds and insects to larger animals like coyotes and bears who feed on the berries, however the berries are toxic to humans because of a cyanide compound 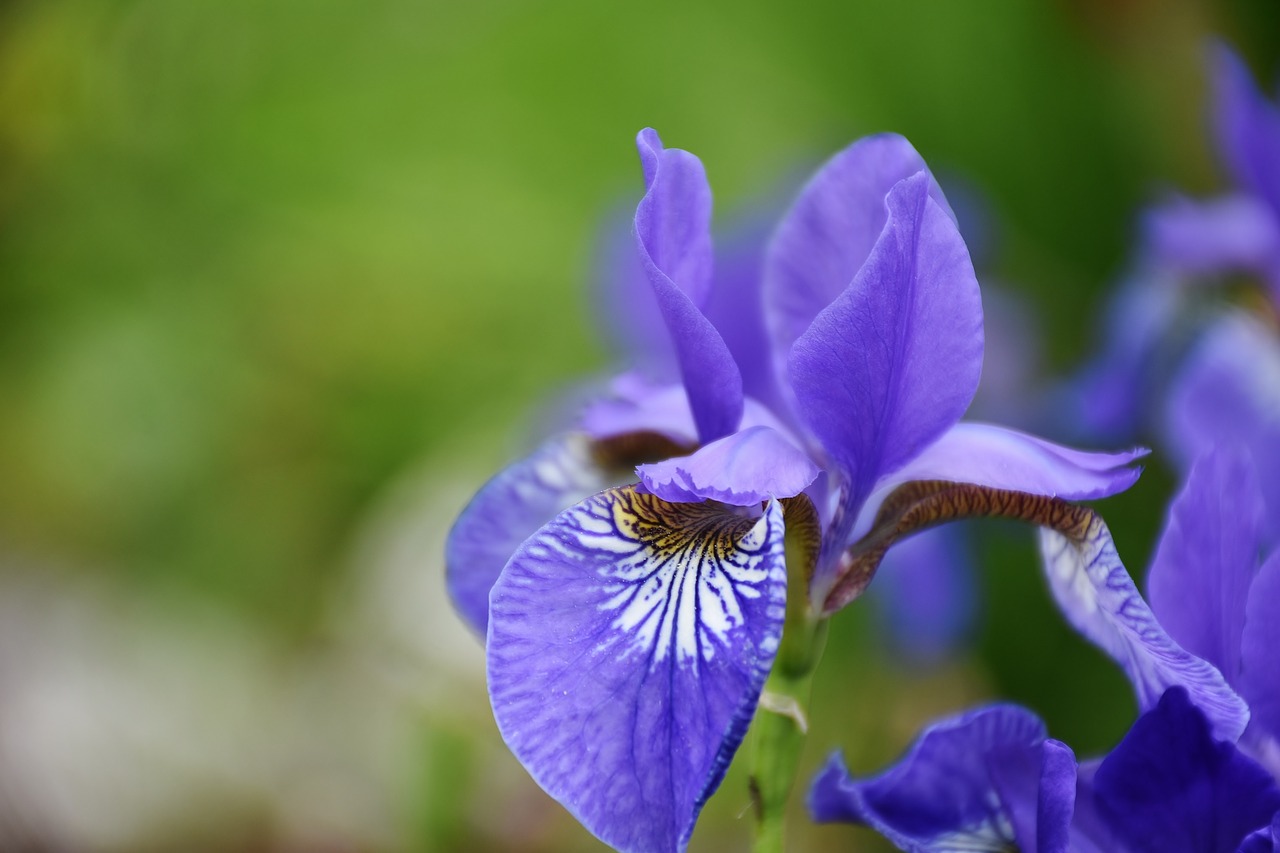 Iris douglasiana, or the Douglas Iris, is a flowering perennial that grows to 1-2 ft tall and spreads into a 2 to 4 foot wide clump. It is native to the California Coast and likes full sun near coast, and some summer water. It does well with rich organic soils and flourishes in the run-off ditches around a home. The foliage of the Douglas Iris are wide but thin evergreen leaves shooting up from the ground, and the flowers get about 3 inches wide and come in a multitude of shapes and colors and flowers during the springtime. 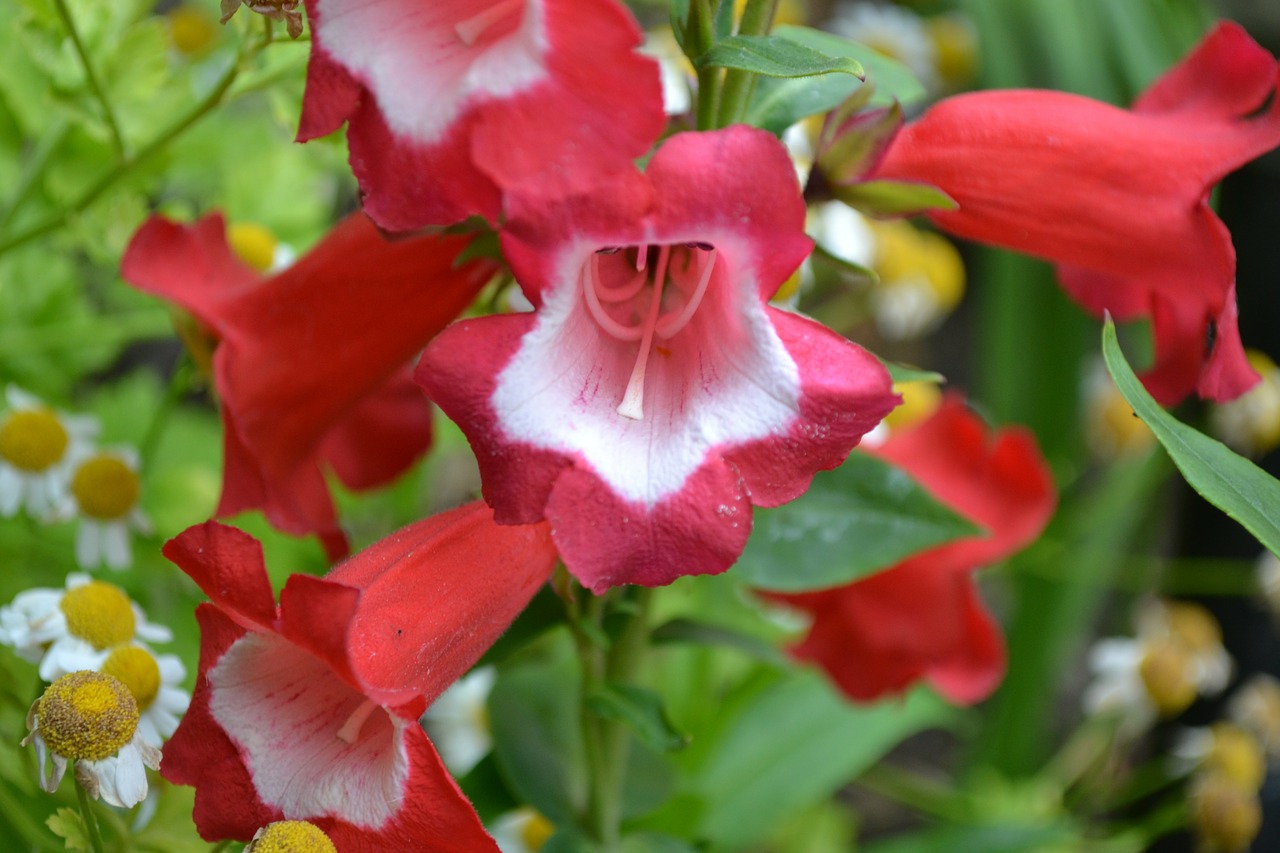 Penstemon, or Beardtongue, is a large family of plants native to the western United States. It forms dense spikes of tubular flowers in early to mid summer, and have a wide range of colors including pink, blue, red, purple, and white. They grow 1-3 feet tall and look best planted in groups. They make good cut flowers and attracts hummingbirds and butterflies. They are drought-tolerant but like a little water during a hot summer, and are easy to care for when they are planted in full sun and well-drained soil. It is important to give Penstemons room to grow because they do not like to be crowded too much.